When making arrests after an assault, or even a violent altercation, Law Enforcement officers often rely on statements of witnesses. Problem is… many times the first ones to the officers give only one side of the story.

Emotions are often high and those receiving the bad end of a confrontation have been known to exaggerate reports to the police when tempers have flared and even give false statements all together.

Often, conclusions are reached quickly – and not always accurately.

The fact that actions were taken in self-defense or in response to the complaining witnesses’ own aggression are never given to the investigating officers.

When arrests are made based on only part of the allegations, or on assertions by the angered, more vocal party, the wrong person is often charged.

Once the officer accepts the initial reports of an alleged victim, and his witnesses, it is difficult for a suspect to get a fair chance to explain his or her side of the story.

It takes a thorough and persistent advocate to convince the Solicitor or officer that what happened was really not what is contained in the police report.

You need an attorney skilled in recreating a detailed, full picture for the Solicitor of what actually happened, while bringing in additional facts, probabilities, and physical evidence to persuade authorities of what actually occurred. 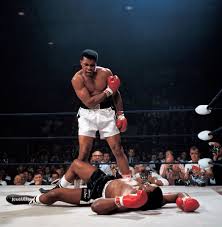 Many serious assaults, and even murder cases, are successfully defended when we point out the backgrounds of the initial accusers and what they may have to gain by reporting events as they did.

And on the occasions when the prosecutors refuse to believe that the explanations we have provided are possible, we must turn to a jury to determine what really happened.

Assault and Battery, along with other serious violent crimes, often occurs unexpectedly and in the heat of the moment, requiring expert persuasion skills and investigation to defend a charge that was made in error.

We take very seriously the task of challenging false allegations, listening to our clients and illustrating for the authorities the “rest of the story”.

That is often the difference between a violent criminal charge and later being found guilty and facing a prison sentence.

When we are not at fault in creating the dispute, we all have the legal right to defend ourselves and others. We must be careful, though, not to go overboard and meet the aggressor with excessive force.

We use our exceptional skill, experience, and persuasion to build a winning defense that beats false claims and vendettas.

Call us if you have been caught up in something that Law Enforcement just hasn’t gotten right.